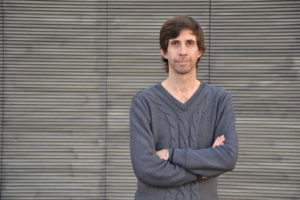 Carlos Baquero is currently Assistant Professor of Computer Science at Universidade do Minho, and Senior Researcher at the High-Assurance Software Laboratory (HASLab), INESC TEC. He obtained his MSc and PhD degrees from Minho University in 1994 and 2000. His research interests are focused on distributed systems, in particular in causality tracking, peer-­to-­peer systems, distributed data aggregation, highly dynamic distributed systems, both in internet P2P settings and in mobile and sensor networks. Recent research is focused on Conflict­-free Replicated Data Types, Edge/Fog Computing, and Internet of Things. Recent projects include FP7 SyncFree, and H2020 LightKone that started in January 2017. His research in Causality, Scalable Bloom Filters and Conflict­-free Replicated Data Types has been adopted in several industrial products (such as Riak, Akka and Redis) and is used by millions of users worldwide.

Luís Lopes got his M.Sc. in Computer Science ( by research) in 1995 and his Ph.D. on Computer Science in 1999, both from the University of Porto. He is currently an associate professor at the Department of Computer Science of the Faculty of Science, at the University of Porto. His research interests include programming languages, virtual machines, distributed systems, embedded systems and wireless sensor networks. In his spare time he likes to read and write about science, astrophotography and being in the countryside.

There are no upcoming events at this time.